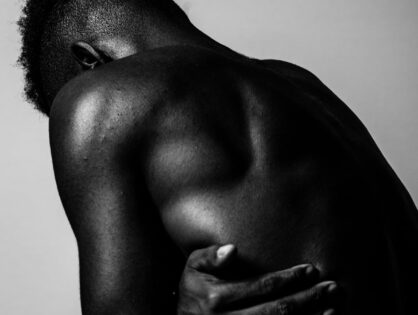 The unfortunate reality is that the answer is yes, and it is because of a widely held unconscious bias.
Black patients are systematically undertreated for pain, shown by decades of research. In a survey of 222 white medical students and residents , about half endorsed false beliefs about biological differences between black people and white people. The paper published in the Proceedings of the National Academy of Sciences highlighted that those who also perceived black people as feeling less pain than white people, were more likely to suggest inappropriate medical treatment for black patients.

This is a confronting and challenging example of how unconscious bias can manifest and devastatingly impact on people’s experience. Responding effectively to unconscious bias begins with awareness. We need to identify and then address our biases and prejudices.
This is not always easy.

What can be done in the workplace?
Over many years, I have worked with organisations and teams to address issues that get in the way of equity at work and merit in recruitment, selection and promotion. This is an important part of our employment framework, and if not done effectively, limits our chances of hiring and working with the best team members, managers and staff members.
Tulsi also has significant experience, including having worked at the Australian Human Rights Commission, investigating and mediating discrimination complaints.
We have both seen the devastating impact of bias and a lack of equality in the workplace.
Prejudice is a judgment or opinion formed before the facts are known; a preconceived idea, favourable or, more usually, unfavourable for any group of people. Bias is an inclination or prejudice for or against one person or group, especially in a way considered to be unfair.
We know that most people limit their expression of overt bias and prejudice at work and anti-discrimination laws have supported significant change in most workplaces. What we haven’t yet come to grips with is how we can deal with the unconscious bias in all of us.
Unconscious bias is implicit and operates outside of our conscious awareness. Unconscious processing carries on below our awareness with automatic thoughts and processing that isn’t readily available for us to examine.
The unconscious is a busy place: the brain is capable of processing approximately 11 million bits of information every second but our conscious mind can handle only 40 to 50 of them. We need this processing power in a world with overwhelming amounts of stimuli directed at us. To cope with this volume of information we make assumptions and make associations to aid our thinking and decision making. But not all of our ‘mental shortcuts’ are helpful. If we want to create change, we need to make the unconscious, conscious and take action.
Here are some strategies to address our unconscious bias
1. Make biases visible. This needs active reflection. One of the ways we examine this in workshops is to show photos of people and then ask the group to call out the first words they think of when they see the photo. It is amazing how much information we can infer from a photo of a person. Many stereotypes and biases emerge from this discussion.

2. Tackle generalised assumptions. We can do this by consciously attaching a particular attribute to only an individual rather than their whole group. This boy is good at science rather than, boys are good at science. This approach can reduce stereotypes and the pressure to conform to them. We can also do this by swapping gender/ethnicity/heterosexuality assumption in a statement of our beliefs if we want to challenge that belief/stereotype. We have seen heteronormative and many other assumptions made, even when a person refers to their partner. A female colleague referred to her partner and another person made a wrong assumption asking ‘what does your husband do?’ There are countless examples of Aboriginal people being repeatedly stopped by police only because of the colour of their skin. The son of an Aboriginal woman we know was stopped eleven times over the course of a week as he moved house, transporting car loads of his furniture and clothing to his new home.

3. Take time with important decisions. This includes giving thinking time and using techniques that help manage bias. One successful option is using name and gender blind recruitment – it has consistently been shown to increase diversity and equality in recruitment results.

4. Another strategy is to find ways to identify with others in a significant way. Nurses from diverse ethnicities were shown videos of black and white patients in pain before they were asked to recommend pain relief. When they had first been shown videos of the people in pain, they then recommended the same amount of pain relief regardless of the person’s race/ ethnicity. If not prompted and educated in this way, the nurses suggested more pain relief for white patients. Education, discussion and encouraging reflection and empathy can make a big difference.
Are you aware of any of your unconscious biases?
How have you addressed them?
Examining and addressing our biases is an important and challenging task and it requires self-awareness, self-examination and effort.
We are committed to making teams and workplaces the best they can be. Call us if you need help to build a positive and constructive workplace culture. Robyn 0408 703 344 Tulsi 0423 300 590

Photo by Sam Burriss on Unsplash