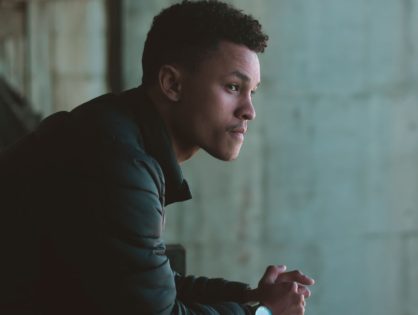 Do you recognise any part of this scenario?

A team member is dismissive and rude about his manager’s ability.  He tells the team that he could do better than the boss and intimidates the boss and the team including by speaking over others in meetings.  He is rude and reactive to customers and there have been complaints about his manner.  His manager and his manager’s manager, give him some feedback over time in a gentle, encouraging way but without a process of structured feedback or documentation that shows that the issues have been raised.

The team member then makes bullying complaints against his manager and manager’s manager, who are investigated.  Without evidence that a process had been followed and inappropriate behaviour addressed over time, the investigation draws conclusions that do not reflect the true situation.

The confidence and well being of the two managers is significantly affected and they are hesitant to raise issues again.

We encourage and celebrate managers who support their staff. They are kind, self-reflective, they think the best of others and they want to do their best.  They are the style of manager we all want.  Their approach is excellent in general and it’s one we teach and encourage – praise, appreciate and acknowledge your people.

However, this can also be a trap.  Supportive managers need to be able to respond differently when there is poor behaviour or under performance, and this is often not what they do.

We have all experienced a challenging person at work. The one with the bad behaviour, the one who is under performing or the one who’s unpredictable or intimidating and so people tip toe around them.  The person might be so difficult that others even end up doing more, so they don’t have to deal with the comments and reactions when work is allocated to them. It affects your staff, the team, leaders and often clients and customers too and it affects you.

The problem is that overly supportive managers often continue to focus on providing support rather than taking clear action to address the behaviour or performance.

What we have seen, again and again, is that if you do not call out inappropriate behaviours or under performance you will pay the price.

We have so many examples where ‘good’ managers have bullying complaints made against them, are targeted, or even lose their job all because they did not effectively address poor behaviour and performance and instead maintained a focus on being supportive.   We have also seen a pattern of people with difficult behaviours having a tendency to lodge grievances and complaints.

One manager, as an example, lost his job because his focus had been on supporting rather than managing a team leader with a history of ongoing poor performance and behaviour.  This manager finally reached his limit and reacted inappropriately on one occasion.  The team leader complained about him.  Because the manager had not raised and documented the performance and behaviour issues, the manager’s behaviour became the focus and was reviewed, resulting in the loss of his job.

If someone in your team is not performing or behaving badly and it is not being addressed directly and clearly, you could also pay the price.

This is what it is needed:

While being supportive is important, protecting your staff, your team and your business requires decisive and focused action when there is under performance or poor behaviour.  This action will ensure that you keep yourself and your people safe and create and maintain a positive workplace.