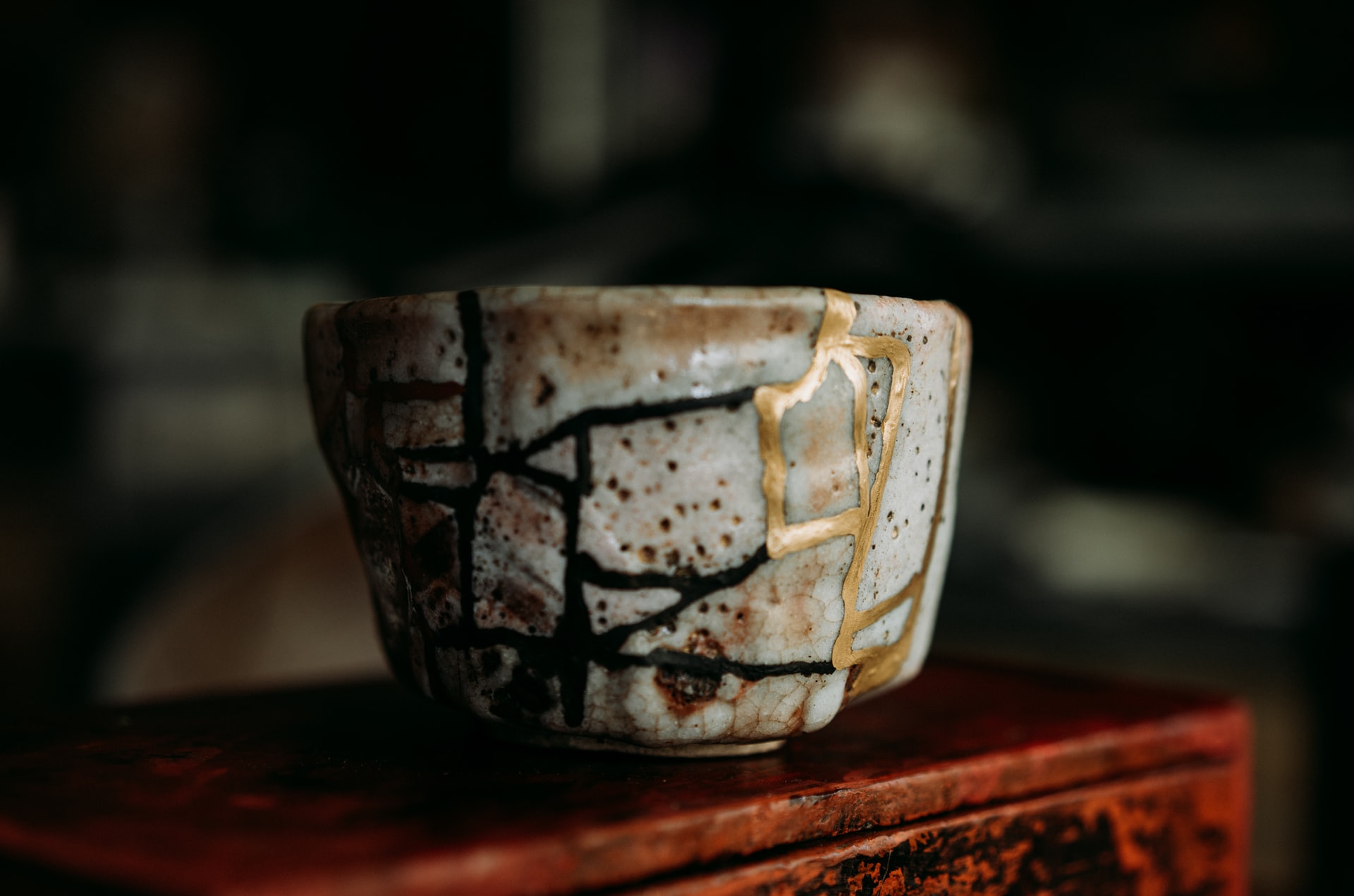 I recently found out about Kintsugi, which is a centuries-old Japanese art of repairing broken pottery and transforming it into a new work of art with gold.  The name of the technique is derived from the words “Kin” (golden) and “tsugi” (joinery), which translate to mean “golden repair.”  The scars and cracks of the broken ceramic become the focus and turn the object into something unique and exquisite. This is such a positive approach to repair, which results in a new more beautiful piece of pottery.

For a range of reasons, teams can be challenged and sometimes even break down.  When this happens there is opportunity for repair.  If done well, and with the support of everyone involved, the team can ultimately be more effective and resilient than it was before.

In this article I focus on the steps to kintsugi a broken team.

Many of us fear conflict, having hard discussions, don’t want disagreement and so choose to avoid the situation.  Sometimes we think that this avoidance will make the situation we need to confront and deal with go away.  In this recent article, I listed a range of specific actions that support repair and rebuild.

We know that all human groups have challenges and that conflict is inevitable at some point.  A very significant part of our work is supporting leaders and team members to communicate constructively through differences of opinions, incidents and sometimes seemingly intractable challenges or entrenched conflict.

Amongst the challenges and uncertainty faced by all of us over the last few years, we have seen that many workplaces now want to get teams working well together again.  After a recent very successful workshop, Tulsi van de Graff wrote this article on how to rebuild a cohesive team.

If disagreement, differences and issues are dealt with early and positively, team work and relationships are improved as a result.

When there has been fragmentation of the team or where animosity and hostility have built up, it is hard work to repair a team.  It requires:

I have listed 5 stages for team rebuild and repair.  We have found that depending on how challenged the group is, they may start the rebuilding and repair process at any stage.  Some do have to start at the acknowledge stage.  A significant challenge is that it takes a long time to have a group break down and a fair amount of time to rebuild to the point where motivation, commitment and trust are regained.

Have you experienced a team that was well repaired.  What did it take to get back to working well?